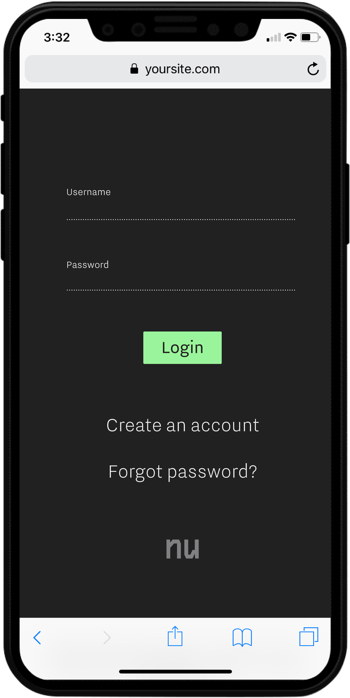 Login should do more, but you shouldn't have to make it.

We get it: authentication is one of the first boxes to check when building a website or application. It’s built to get the job done, and then it slowly becomes legacy code that no one wants to touch.

Today’s rapidly evolving security landscape, diverse and context-specific UX needs, and user privacy concerns all require more from traditional authentication. NuID addresses these challenges with a platform that grows and adapts to the new demands of digital identity.

By building with NuID, you ensure your applications and services remain embedded in modern cryptographic best practices.

Because that's what login should do.

A better model of authentication

At NuID's core is an established cryptographic method to verify that a user can produce a secret value, such as a password or private key, without revealing that secret to anyone. Ever.

Instead of sharing this secret with an authenticating server, a cryptographic zero knowledge proof of the secret is generated on the client device. The proof is used to verify that the user input the correct authentication secret, without any private authentication data leaving their device.

Combining this capability with emerging distributed ledger technologies removes the need for users to trust anyone with their passwords and other authentication secrets, giving them ownership over their authentication credentials and, eventually, their digital representation across the web. 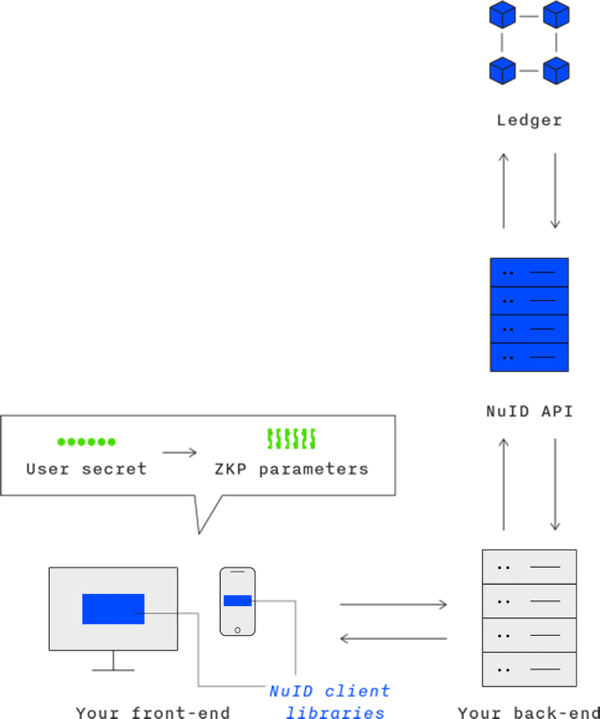 Help us help the web

Users—people—want more privacy, transparency, and agency in how their online data is managed. In other words, we need to retrofit the internet with a sound identity layer.

To learn more about our vision for trustless authentication and decentralized identity, check out the NuID White Paper

, or get started now with our developer portal.